This is a very dear short-story to me. I was 16 when I decided to redo a simple story I had from when I was younger, about a space explorer that lands on a primitive planet and, unsuspectingly, goes from predator to prey. The plot was basic enough but called on me to draw various things, from spaceships to dinossaurs, plus had some quiet sequences, which was all good workout. 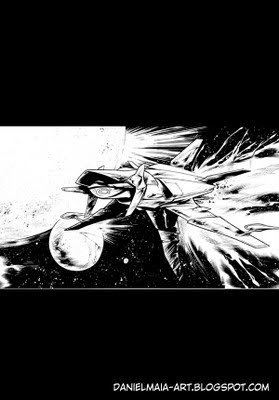 But right from the start there were problems. I was begining to mature as an artist, so the concept and drawing stages took their toll. Growing incresingly frustrated with less then likable results, I simply started from scratch, over and over again… In the span of a few months, while in high-school, I struggled with it and began the comic 4 to 5 times, sometimes pencilling the full four pages and once or twice even going into inks. But by then the endeavour had become a “doomed” one; I could neither finish it nor was I contempt when working on something else. 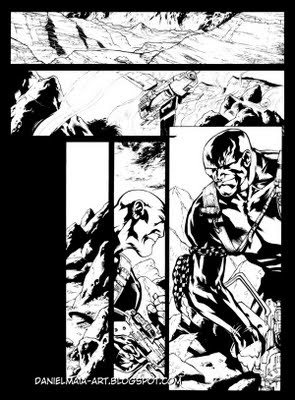 That’s when I came up with a different approach: to clear my head for other things but still keep at it, so I could by-pass this block I vowed to produce solely 1 page per year until it was finished. This enabled me to view the story from a different perspective, not as bound by sequential continuity from page to page (meta-sequential art, you could call it), and in the process I'd be able to check whichever artistic progress I’d suffer within that time. The plot itself was kept much the same throughout, but I let myself be carried by the pages themselves. 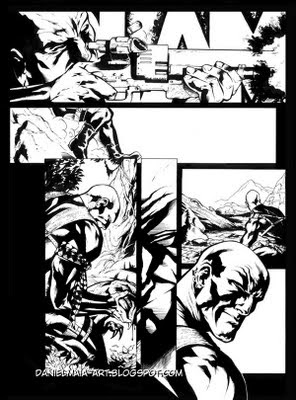 So, I started out in 1998, while in college, and managed to keep myself in check, doing 1 page each year. It was releaving to face each artboard as one isolated part of the plot (ie. the landing, tracking, the first shot…), and just let the action flow. It was much the same, I think, as when a writer is lead by the story itself in the writting or how an abstract artist gets driven by his work. It's amazing to be able to exert your art that way, to trust your instints and see where they lead! 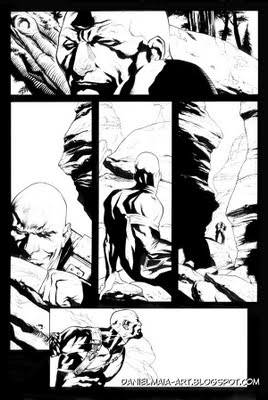 To my surprise, the story wrapped itself in page 7. In the following year, 2005, by then grown accostumed to that “ritual”, I went back and drew another one, which became the new 1st page (splash-page, really).

Also interesting is that the time in each year when I drew the page varied. I kept studying and making comics, and also working freelance in advertising, but almost never consciously decided to draw that year’s page in this or that week; it was decided for me by building up of anxiety or creativity regarding that respective page. I just began when it felt right, like an alarm going off. 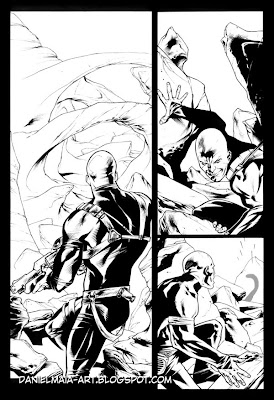 That’s why I perceive this as an experiment in sequential art, of sorts. The script was only improvised later on - I would've prefered to keep it "silence" -, when the chance came to publish the comic, but I kept the same voice as it had at the start and little was changed afterwards. The narrator just conveyd how rotten and vicious the Hunter was, how much he was feared throughout the galaxy, to then, in a twist, suddenly make it all insignificant when he is turned prey to another predator. 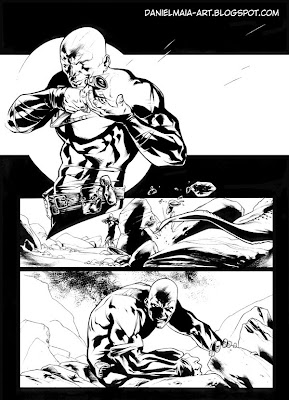 The first two pages were published in music newspaper Inside, in 1999. The finished comic was published in 2005, in Sketchbook #1, a comic distributed in stores by Devir Editions. There, the artwork was digitally coloured by Rui “Kid” Moura. 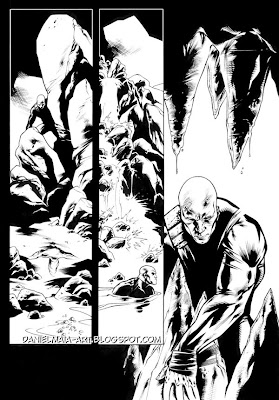 Due to this, I won as Best Portuguese Artist in 2006’s IV Central Comics Awards, with a majority of votes from the readers. Although thankful, I felt the award was ill justified, given it came from a short story (which wasn’t uncommun in the Central Comics Awards, though, where the nomminies were selected and elected by the actual public and readers). 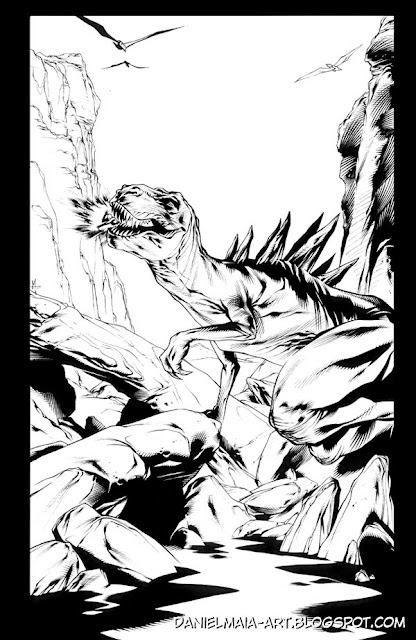 Given that, I later decided to recover this for a black/white work self-published comic, adding to the story with a new prologue chapter, which quickly evolved to a graphic novel (in the works...) ;)

DANIEL MAIA is a comics artist (represented by Chiaroscuro Studios), plus storyboard artist and freelance illustrator, with two decades of professional experience in the international markets. Along with creative work, has been a organizer of comics exhibits and events, and teacher in workshops and masterclasses.
Aside from accolades as Critics' Choice Award for Revelation Artist (1995), for Best Penciler (2006), Best Independent Edition (2010) and Best Short Comic (2018), has also won in the worldwide talents hunt by Marvel Comics, ChesterQuest (2009). Has worked for Platinum Studios, Marvel Ent. and Dark Horse Comics. 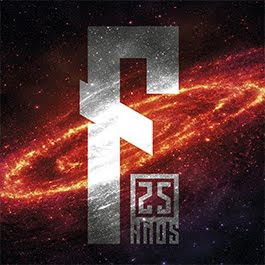 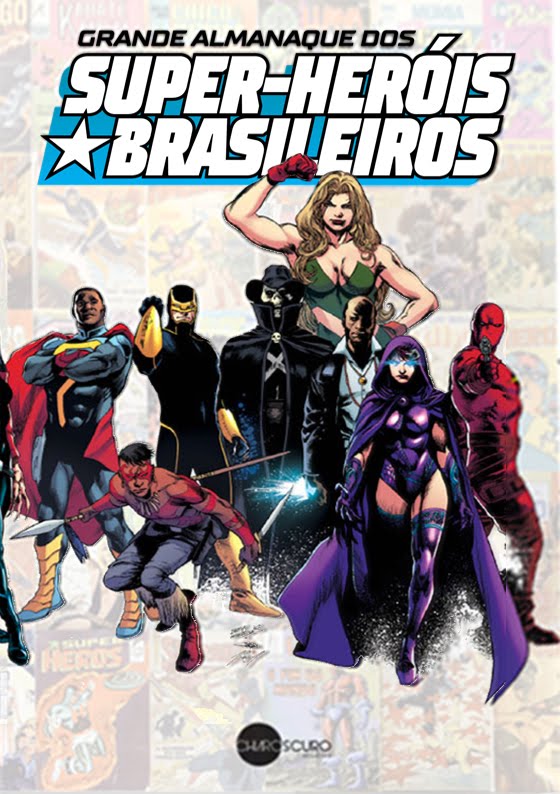 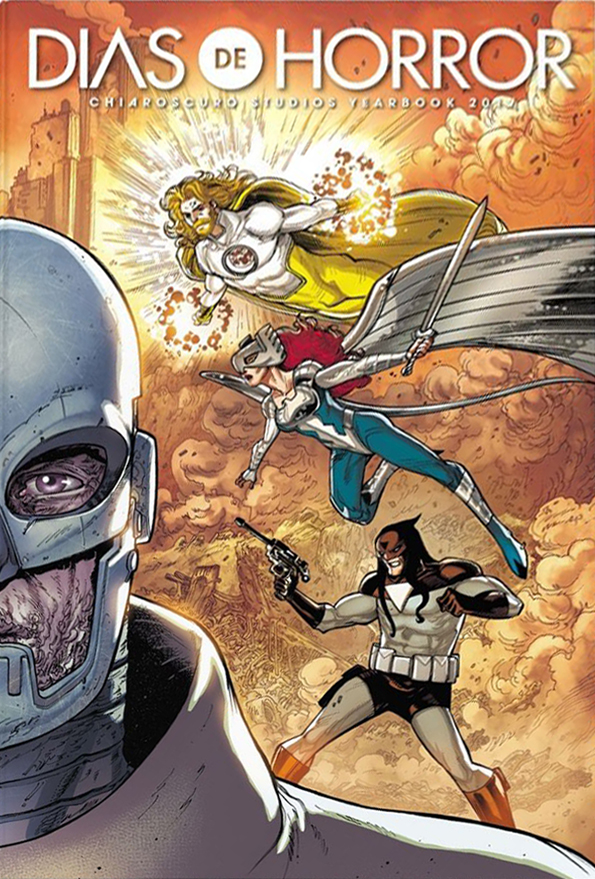 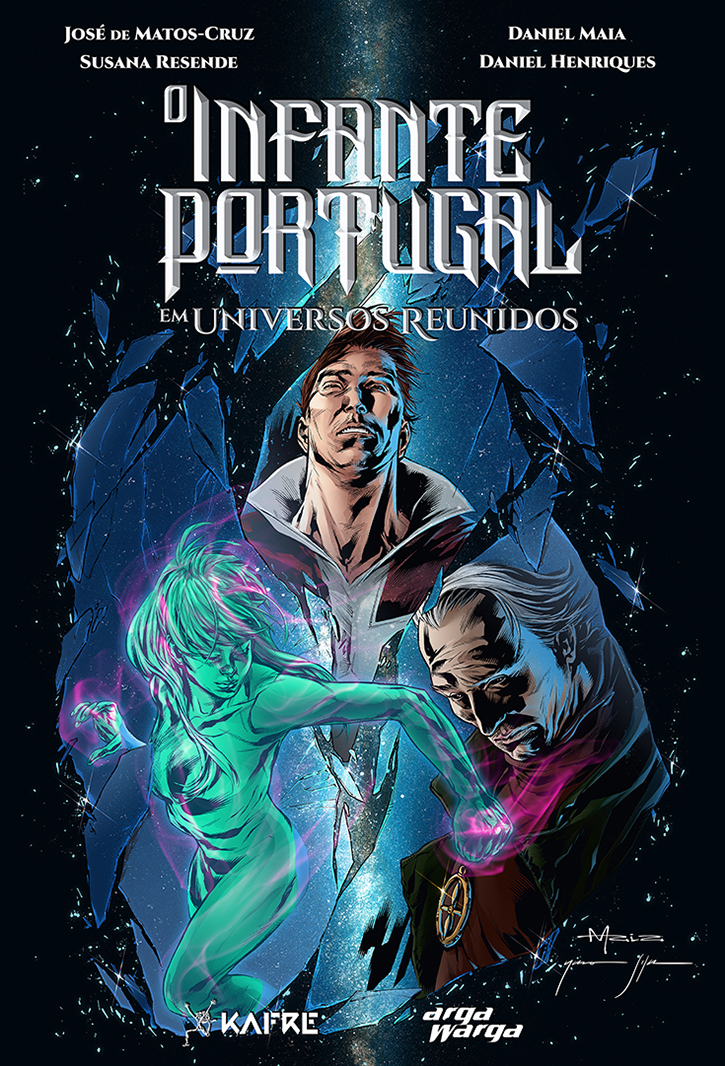 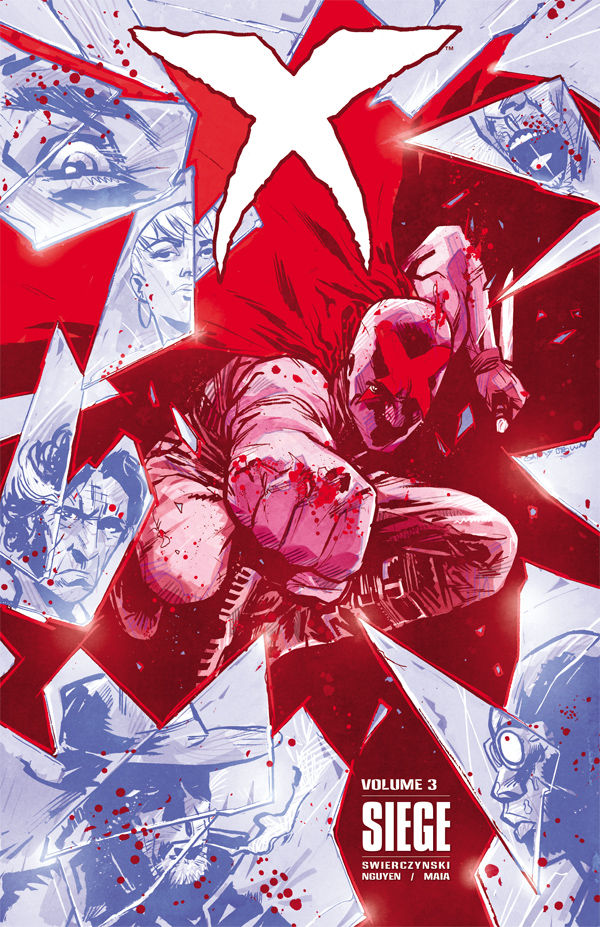 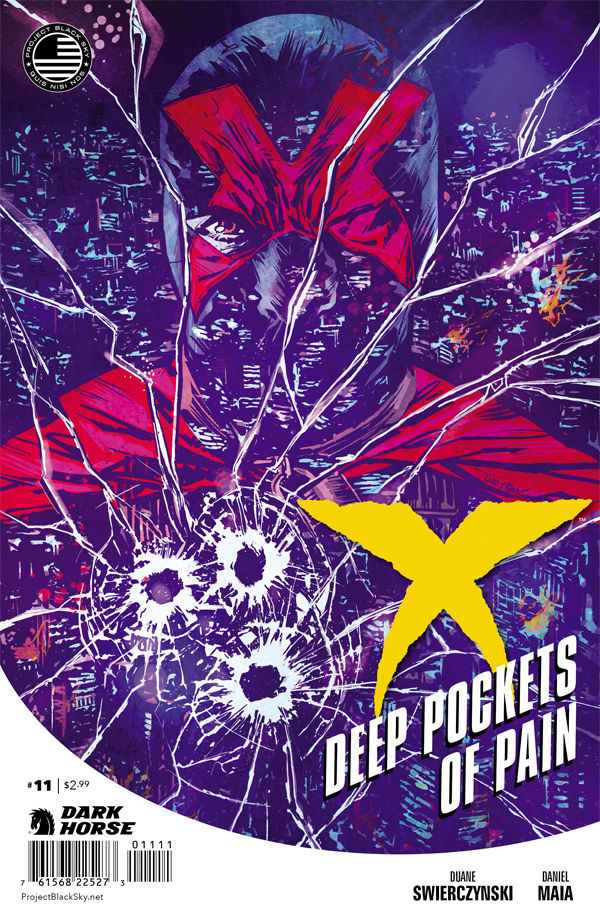 (1st major US comic-book; as Penciler) 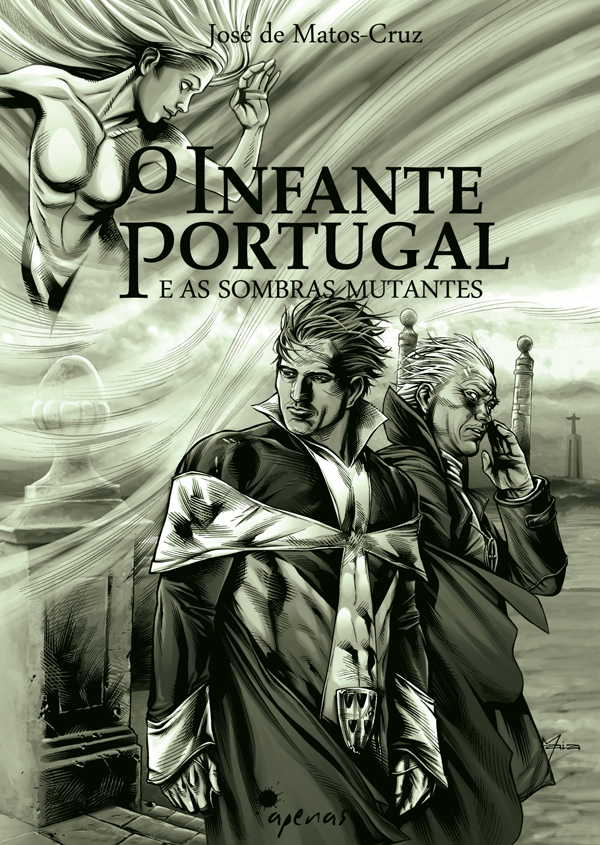 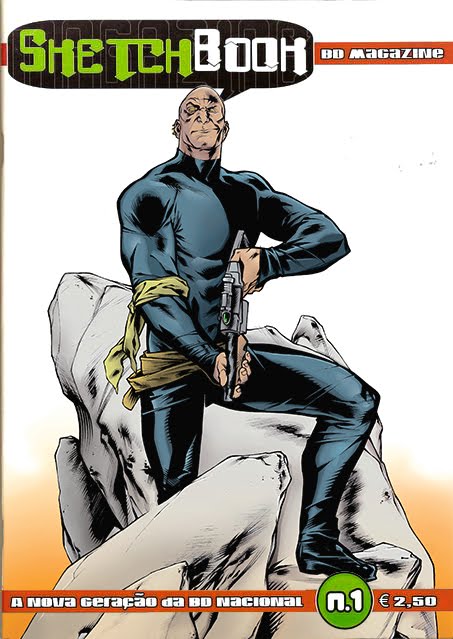 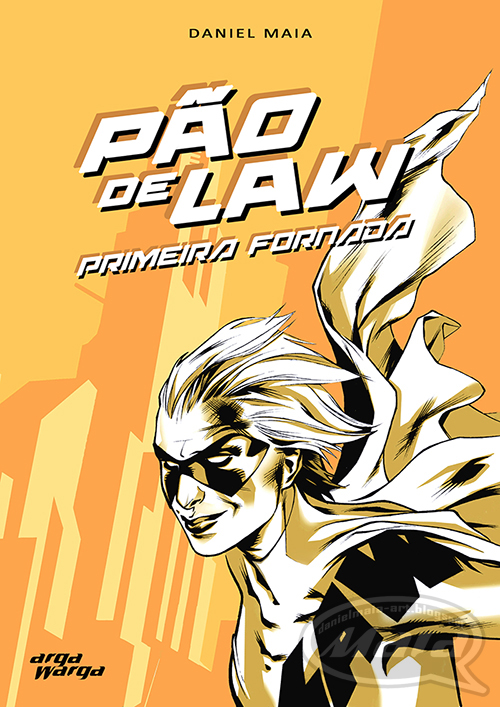 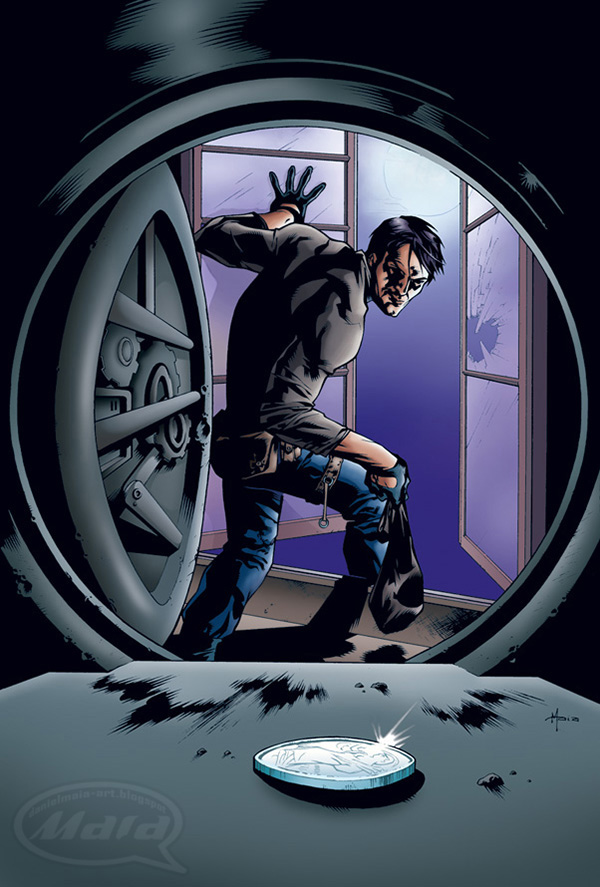 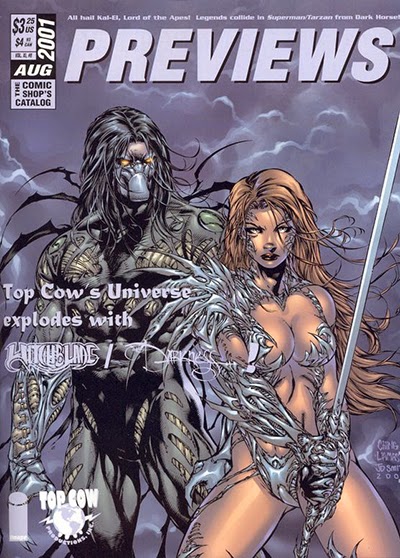 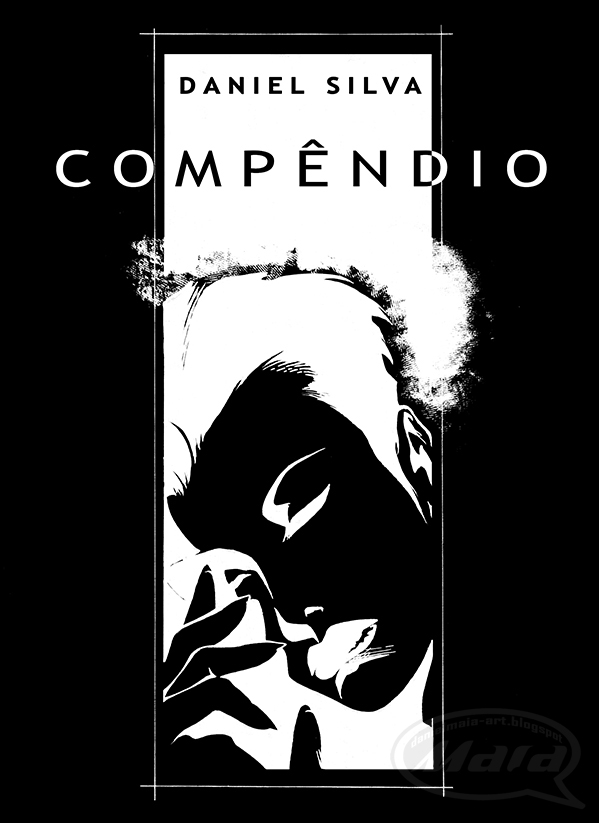